You are here: Home / Library / The Solidarity Solution: Principles for a Fair Income Distribution 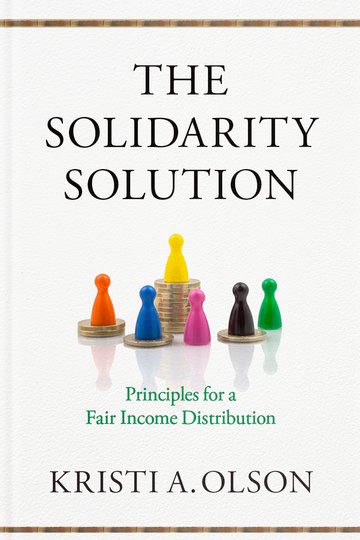 Kristi A. Olson asks: What is a fair income distribution? She rejects equal income shares: equal pay undercompensates workers in dangerous and onerous jobs. The envy test, which takes both income and work into account, fares better. Yet, a distribution in which no one prefers someone else’s circumstances to her own-as the envy test requires-is unlikely to exist, and even when it does exist, the normative connection between envy and fairness has not been established.

After critiquing existing answers, Olson invokes the idea of mutual justifiability: when someone claims that her situation should be improved at someone else’s expense, she must be able to give a reason that cannot be reasonably rejected by a free and equal individual who regards everyone else as the same. To give the answer bite, Olson distinguishes two types of envy. Reasons based on personal envy can be reasonably rejected; reasons based on impersonal envy cannot.

Olson then tests the solidarity solution against the theories of Ronald Dworkin, Philippe Van Parijs, and Marc Fleurbaey and applies it directly to the concrete issues of the gender wage gap and taxation. By providing a new approach to problems of fair resource allocation, The Solidarity Solution establishes philosophical discussion as critical to today’s fight to end economic injustice.