You are here: Home / Library / The Racial Hand in the Victorian Imagination 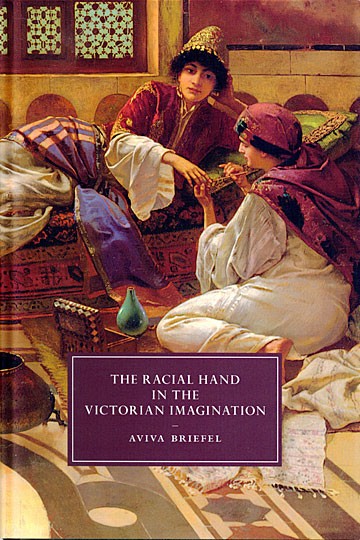 The hands of colonized subjects – South Asian craftsmen, Egyptian mummies, harem women, and Congolese children – were at the crux of Victorian discussions of the body that tried to come to terms with the limits of racial identification. While religious, scientific, and literary discourses privileged hands as sites of physiognomic information, none of these found plausible explanations for what these body parts could convey about ethnicity. As compensation for this absence, which might betray the fact that race was not actually inscribed on the body, fin-de-siècle narratives sought to generate models for how non-white hands might offer crucial means of identifying and theorizing racial identity. They removed hands from a holistic corporeal context and allowed them to circulate independently from the body to which they originally belonged. Severed hands consequently served as ‘human tools’ that could be put to use in a number of political, aesthetic, and ideological contexts.

Part of Cambridge Studies in Nineteenth-Century Literature and Culture