You are here: Home / Library / The Democratization of Invention: Patents and Copyrights in American Economic Development, 1790–1920 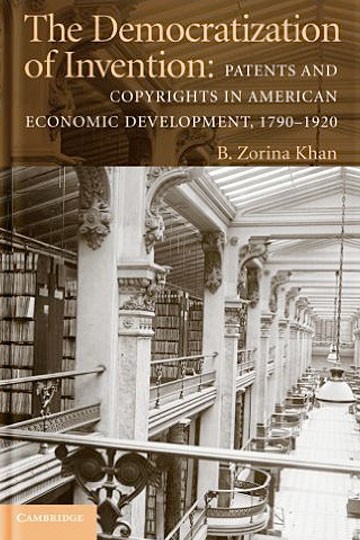 An Examination of the evolution and impact of American intellectual property rights during the ‘long nineteenth century,’ this book compares the American system to developments in the more oligarchic societies of France and Britain. The United States created the first modern patent system and its policies were the most liberal in the world toward inventors. Individuals who did not have the resources to directly exploit their inventions benefited disproportionately from secure property rights and the operation of efficient markets. When markets expanded, these inventors contributed to the proliferation of new technologies and improvements. In contrast to its leadership in the area of patents, the US copyright regime was among the weakest in the world, in keeping with its utilitarian objective of promoting the general welfare. American patent and copyright institutions promoted a process of democratization that not only furthered economic and technological progress but also provided a conduit for the creativity and achievements of disadvantaged groups.

“Given the widespread appeal to history in modern judicial opinions, academic articles, and public policy debates, such empirical work is important. Historians and economists may dispute some of her methods or conclusions, but such debates about the historical facts will be a welcome change to the ascendancy of rhetoric on such subjects. Khan’s work is an important contribution to our discourse about American patent law and its historical development.” – Adam Mossoff, Michigan State University